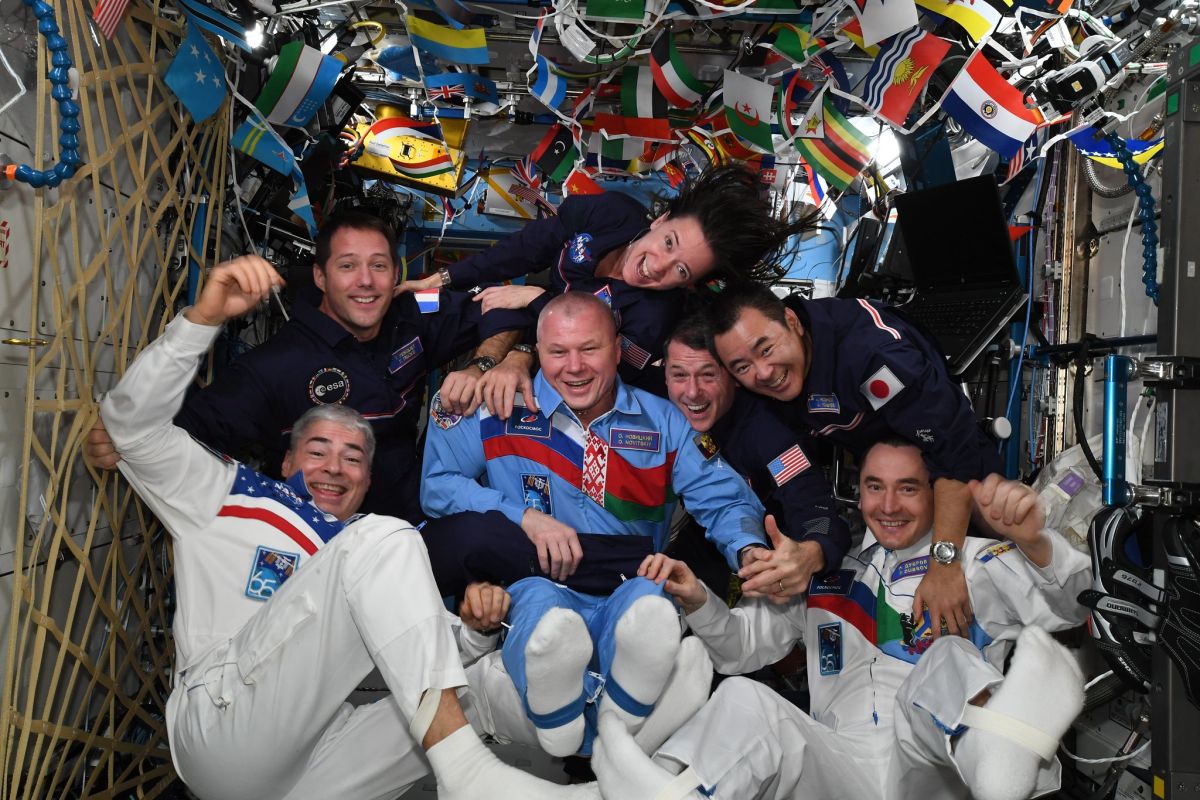 It has been a five-year wait for one of the biggest sporting events on the planet when the Summer Olympics started in Tokyo on Friday (July 23), with the world watching the international competition. But what about sports fans who are not on the planet?

Astronauts aboard the International Space Station could watch the opening ceremony via a video feed on Friday and have cheered on their respective countries.

The station is led by the Japanese astronaut Akihiko Hoshide from the Japan Aerospace Exploration Agency and is home to three American astronauts, two Russian cosmonauts and a French astronaut with the European Space Agency. And apparently the crew enters the Olympic spirit with their own cosmic games.

“The very first Olympics,” French astronaut Thomas Pesquet wrote on Twitter on Friday. “For the cohesion of the team, we put together a friendly competition between the #Soyuz team and the #CrewDragon team. With sport-specific for space, remember.”

According to Pesquet, the space sports ranged from synchronized floating or missing floor routine to (very) long jumps and ball without a hand.

In this photo series, you can see cosmonaut Oleg Novitskiy holding Russia’s national flag while watching the opening ceremony and other station astronauts come together in the Olympic spirit under a series of national flags inside the station.

A Maxar Earth observation satellite also captured stunning views of Japan’s National Stadium in Tokyo and its surrounding sports complexes, where many Olympic events are held as they emerge from orbit.

“Here on the ISS, 400 kilometers from Earth, we are really looking forward to watching the Olympic Games in Tokyo. So good luck to all athletes and all the best from space. We are watching,” French astronaut Thomas Pesquet said in a shared video at the official Olympics on Instagram. Pesquet shared most of the crew’s Olympic celebration photos on Twitter and Flickr.