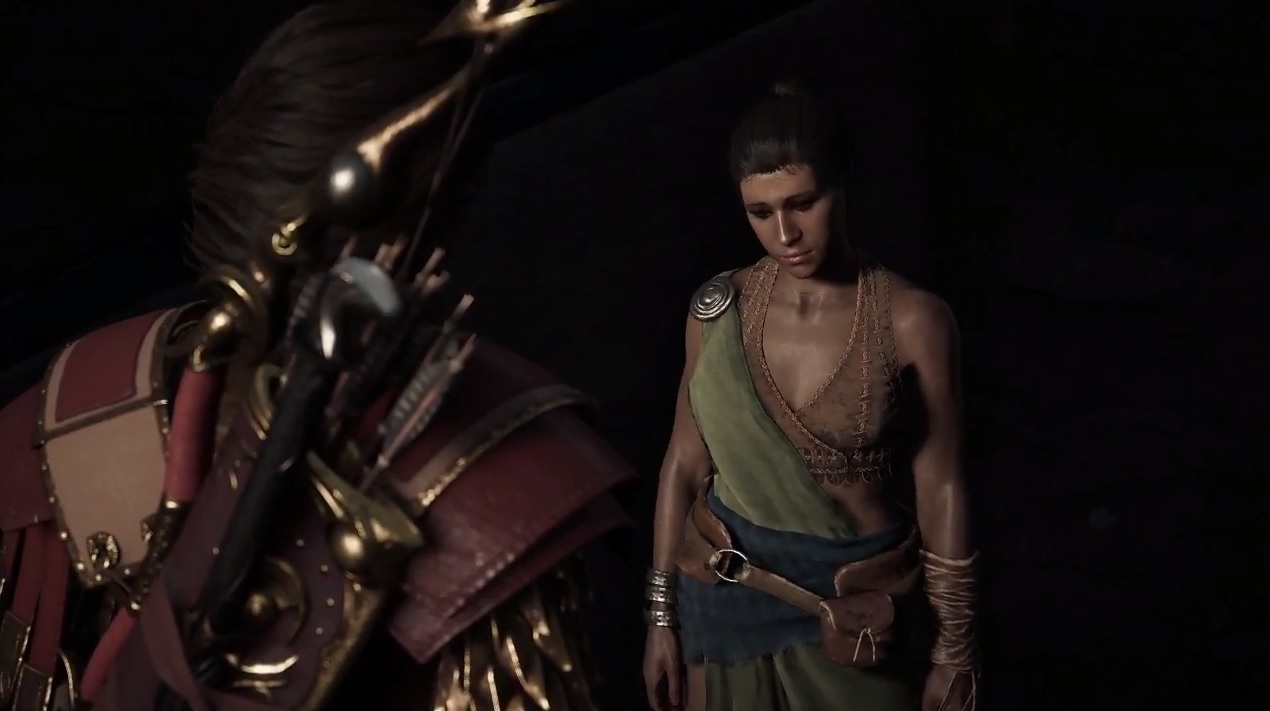 In Assassin's Creed: Odyssey, ancient Greece is in war. Nearly 2,500 years ago, the Spartans and Athenians were in each other's throats. This means that you will find big land and sea fighting along the way in Odyssey's environment.

But there are also many other things to do. I played the game for a couple of hours at Ubisoft's recent press adventure in San Francisco, and it gave me a good idea of ​​how much narrative stories are going on in the game. The developers removed the page assignments and let me sink my teeth in a full episode called Writhing Dread. It was an interesting adventure and at the end of that I felt I had completed a tough video game. It's a beautiful game with outstanding graphics, a great world and narrative elements where you can spend a lot of time.

I played the game as Kassandra, the female hero, instead of the male Alexios. The story started in the city of Eresos on the deserved islands. That name was my first idea of ​​what the assignment was about. But I was not busy when I was busy trying to break some unbreakable pots. Anyway, I came across a mob who killed a woman. I quickly spread the soldiers, and I noticed that there was now a price on my head. If mercenaries found me, they would chase me on bounty.

The master claimed that the captured woman had cursed the village by sacrificing her lover to a creature. But Bryce, the woman, claimed that her girlfriend Ligeia had been taken by the evil creature, called the written kill, and had to be saved. She appealed to Kassandra to save Ligeia. Like Kassandra, I chose to help Bryce, and then the mob leader tried to kill me. I took him out and started fighting with some soldiers.

Over: Kassandra mediates a dispute in the Writhing Dread episode.

While I was new to the combat system, I did not know how to fight three soldiers at once. But by pushing the left bumper and then on the left button, I managed to invoke one of my fighting powers. I jumped up and pounded the ground and massively hurt all three soldiers at the same time. Then I cleaned up and took care of the last soldier, an archer. I healed myself afterwards.

Then Bryce and I jumped on a horse and went to the ruins where Ligeia was taken. I had to be careful, since there was still a mercenary on my head. We went to the place called Dread Ruins, where Bryce said Ligeia, and she had to leave because of their forbidden love.

"Well, that's the island of Lesvos. It's not as if you can deny that homosexuality existed in these times," says Jonathan Dumont, creative leader of the game. , in an interview with GamesBeat. "We embrace the fact that it existed. But it is not necessarily a focus in the game. We try to keep it open. We try to surprise the players a bit with stories that are different. Not shocking, necessarily, but it feels different from what you might have played before. But we are still trying to capture the essence of ancient Greece, which is a time when these things are documented. It felt like this was the right way to tell our story. "

When Bryce and I arrived, we could hear Ligeia scream in a stone temple. But we could not get in. As Kassandra spoke to Bryce, I had the choice of being kind or cruel to Bryce. I chose to be kind. She revealed that she had heard of an artifact on a nearby island called Chios, and that this artifact of the Artemis daughters could be the key to entering the stone temple. There was also a mercenary who claimed to have killed the creature (but obviously did not have it).

Instead of squeezing some information out of the mercenary, I chose to go to Chios. To get there I had to catch my ship and had a nice time sailing across the Aegean Sea. I did not have time, but I really wanted to get into a maritime battle with some of the ships we passed. I could travel to some parts quickly, but the journey to the island was nice, as the graphics to the sea looked amazing.

I landed on the island and took me to Chios. But first I had to kill a bear that hit me. It was not fun to kill the bear, but he or she was me. Then I used my eagle Ikaros to see the village and the cave where I needed to go. There were dozens of guards in the village. At first I tried to jump down from above and take out the housewives and hurry into the cave. But I found a couple of bears there and they quickly took me out. Also, as I jumped down and killed a guard, the other would turn an alarm and all the guards would kill me.

As you see in the video, I finally got up and started using some sadness. As I dug down on a guard and killed the other, I hid in the high grass. The searchers gave up, and then I started a long process to take most guards out through stealth. Occasionally I went high and fought hand in hand, but wondered.

Then I went after the bear. They were tough, but I managed to use my special powers against them, grabbed the object and came back. I talked to the mercenary but jumped over the game. And then I went with Bryce.

When we entered the locked temple, Bryce ran himself in advance and gave a great deal a chance to fall. We finally came face to face with Medusa, and it triggered the final battle with the creature.

I liked the episode, but I felt Bryce's character suffered from melodrama and overactive. It was hard to be sympathetic to her. But it was more fun to go on a directed episode lasting a while and interested me in Assassin's Creed: Odyssey. You can check out my adventure in the videos embedded in this story. I'm sure I find the narrative part of the game to be interesting, but I also hope to fight big country and marine matches.