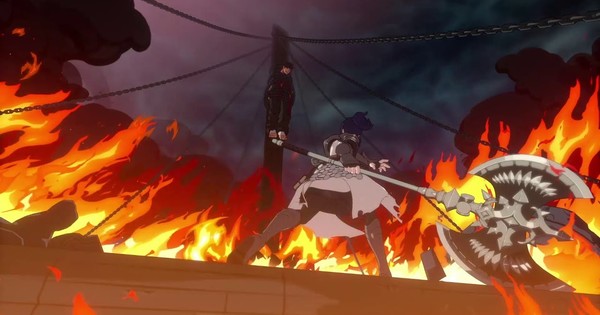 GONZO and GK Entertainment produced Slap Up Party: Arad Senki TV-anime series based on the game in 2009. The show was broadcast in 26 episodes.

LISTENING MOVIES produced a new anime in the series titled Arad: Gyakuten no Gear (Arad: Reversal of Fate, pictured right), which premiered in Japan on July 3 (although the show first debuted in China in April). Anime, billed as “Season 2”, was originally planned for 2019.