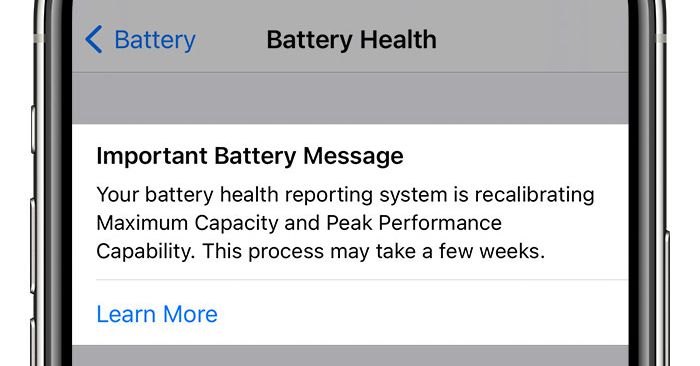 Apple will try to fix battery issues and reduced performance issues that have affected some iPhone 11 devices by recalibrating the batteries in an upcoming update (via MacRumors). According to an Apple support document, the process will happen when you update an iPhone 11, 11 Pro or 11 Pro Max to the upcoming iOS 14.5.

It can take a few weeks before the battery health system finds out how much capacity the battery has left, and how much performance it can provide, according to the document. It does not seem that users will notice too much difference during the process, although there will be a message in the battery health section of the settings menu that explains what is happening.

The process is currently being tested in the latest release of developer beta, but given that Apple already has a support page for it, there is a good chance that it will reach the final release. If the recalibration fails, for any reason, Apple says that it or an authorized service provider will replace the battery for free. Hopefully, if you experienced battery issues with iPhone 1

1, this process will help alleviate them when 14.5 is finally released.

It’s not uncommon for Apple to release a battery replacement document before it starts happening. The company has been much more transparent in making changes to the iPhone’s power supply system ever since it was captured for the performance of older iPhones to protect the battery.

Several parties that are reportedly interested in buying Square Enix