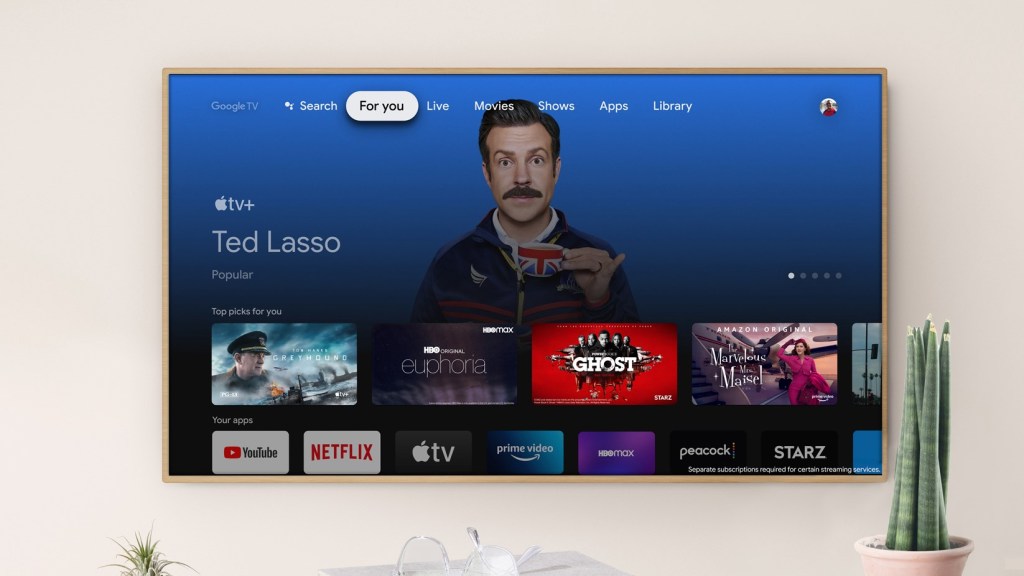 Google has added a remarkable gap in the streaming series, and has added the Apple TV app – the only way to get the Apple TV Plus service – to its latest Chromecast device.

Starting Thursday, users with $ 50 Chromecast with Google TV adapter will have access to Apple TV. In addition, the Apple TV app is available on smart TVs from Sony and TCL that have a Google TV interface, and Google says that it will roll out to more Android TV-powered devices in the coming months.

The agreement between the two technology giants – which compete on several fronts – was announced back in December.

The Apple TV app (not to be confused with the Apple TV 4K streaming set-top box) provides access to Apple TV Plus. Priced at $ 4.99 per month, the VOD subscription package is available to buyers of Apple devices for a period of one year (an offer Apple has expanded through July). The Apple TV Plus series of original shows, movies and documentaries includes series such as “Ted Lasso”

; (nominated for two Golden Globes this year), “For All Mankind”, “The Morning Show” and “Servant”, as well as films such as “Greyhound “starring Tom Hanks and” Palmer “starring Justin Timberlake.

Apple TV also lets you buy or rent more than 100,000 movies and shows from iTunes (and access titles you’ve previously purchased from Apple). You can also subscribe to channels including Showtime, Starz, AMC Plus and CBS All Access (set to become Paramount Plus next month).

To access the Apple TV app on Chromecast with Google TV, users can navigate to the “Apps” tab or the app bar in the “For You” tab.

In the US, Google TV users can browse originals from Apple TV Plus in the personal recommendations and search results. Using Google Assistant, you can open the Apple TV app or play an original title from Apple by saying a command.

The latest Chromecast, which first launched in the US in September last year, supports hundreds of apps, including those for Netflix, Disney Plus (and Disney Plus Hotstar), Hulu, Amazon Prime Video, HBO Max, NBCUniversals Peacock, YouTube TV, Showtime , Starz, Discovery Plus, Tubi and Pluto TV.

The HDMI-based Chromecast with Google TV is a more robust streaming device than its predecessors. It features Google TV, a redesigned entertainment interface that combines streaming services, live TV, movies, shows and other apps. It also includes a standalone, voice-activated remote control and supports up to 4K HDR video at up to 60 frames per second.