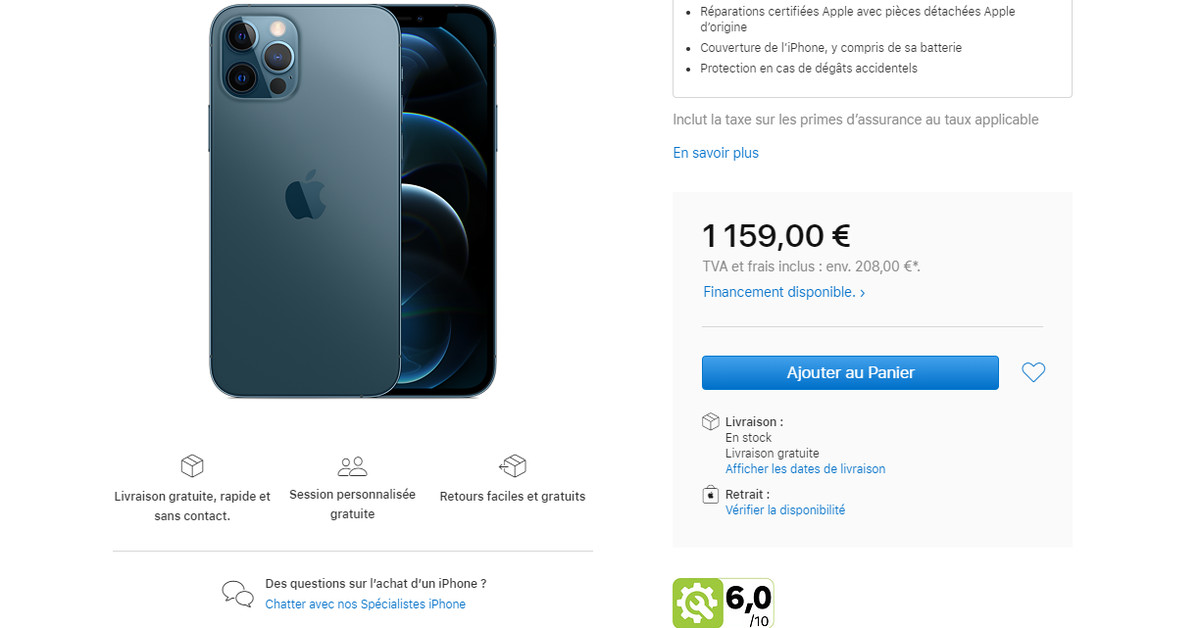 Apple has added repair capabilities for the iPhone and MacBook to the online store in France to comply with a new French law that came into force this year. MacGeneration reports that the assessment takes into account features such as how easily a unit can be disassembled and the availability of repair manuals and spare parts. Links to the final score of each product, with details of how they were calculated, are available on this support page.

The ratings for Apple products vary between products and generations. The iPhone 12 series, for example, has scores of six out of ten, while last year̵

7;s iPhone 11s are ranked lower between 4.5 and 4.6. The improvement, according to the detailed points assessment, is due to the fact that the newer iPhones are easier to disassemble than previous years’ models, and that spare parts are cheaper compared to the cost of the phone itself. There is less spread between the company’s various MacBook models, whose scores range from 5.6 to 7.

The results for repairability are required by a new French law that came into force on 1 January with new legislation against waste. A website that catalogs scores across different manufacturers notes that last year only 40 percent of France’s electrical appliances were repaired after they broke down. The government aims to increase this to 60 percent within five years by using the points to educate consumers and pressure producers to make improvements.

It is not a perfect system. Radio France Internationale notes that manufacturers calculate their own scores (albeit based on strict guidelines), and they can get simple points with simple measures such as providing more information about software updates.

At least one manufacturer has already made a change in response to the law. A report from Le Monde notes that Samsung offered an online repair guide for its Galaxy S21 Plus, in an apparent attempt to increase repairability compared to the previous year. The EU has used a similar initiative in the past to encourage energy efficiency, where labels have provided simple information on energy consumption of household products.

France’s new law is still in an early stage, and it will not be until 2022 that companies will start receiving fines for non-compliance. But there is already hope that the initiative – which currently covers smartphones, laptops, TVs, washing machines and lawn mowers – can be extended to more product categories in the future. And with the European Parliament voting in favor of the right to repair rules last year, there is hope that similar measures can be rolled out across the continent.