Anthem shows off Interceptor Javelin, the game's version of dungeons 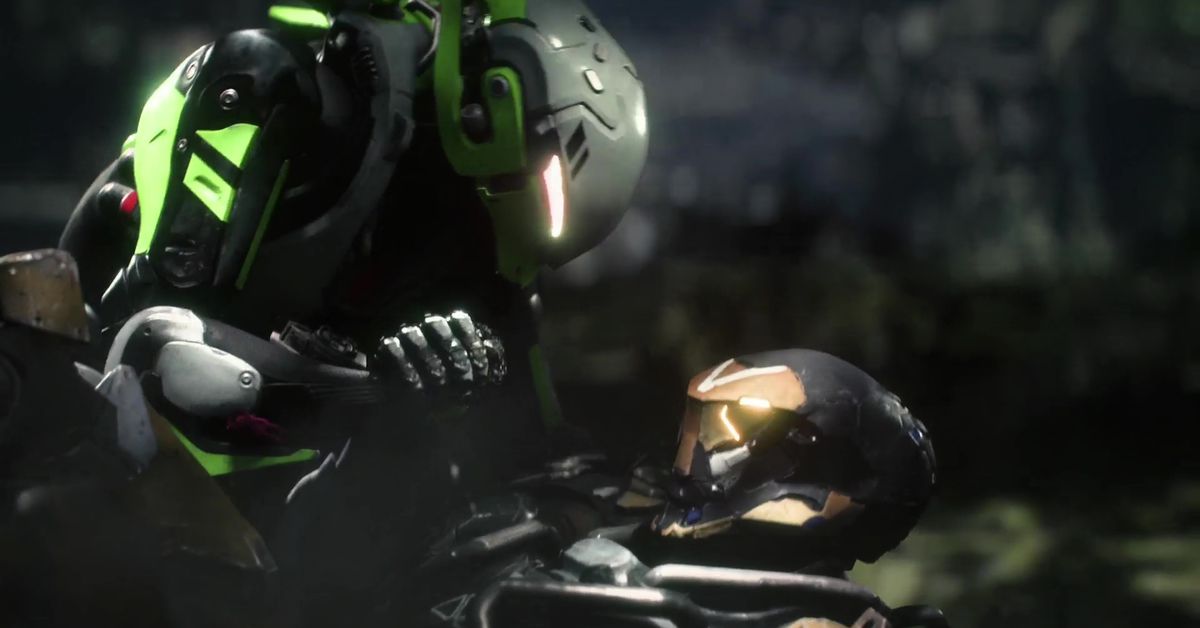 Anthem out in February, is coming up quick. Leading up to the release, EA and BioWare have been streaming pieces of the game on the official Anthem Twitch channel. This week, lead producers Mike Gamble, Ben Irving and game director Jon Warner are showing off some gameplay of the Interceptor Javelin – the game's Rogue equivalent – and Strongholds, Anthem 's dungeons.

The Temple of The Scar seems pretty similar to dungeons in World of Warcraft or Strikes in Destiny. It consists of several rooms where the crew simply dispatched enemies into groups. Kleine doelstellingen zoals het dragen van explosieve apparaten rond zouden volgen, maar meestal niet tot nadat de vijanden allemaal zijn gewist. The development team put down their controllers and shut down the stream before the final boss fight, saying they want to save it for player's to experience instead.

Towards the end of the stream, the team answers a few questions regarding the game's end-game content. Strongholds will have matchmaking for all players, letting those without a concrete group find a squad of pals to play with every time they want to grind. Full teams of four can of course engage with activity without using matchmaking at all.

The team also reveals that raids will not be part of the game's initial launch. Men, Irving er adamant at spillere vil ha aspirerende innhold å chase når de når endgame. Warner adds that, while they do not have something they call internally "raids," they have endgame pursuits that will launch shortly after the game itself, giving hardcore players something to do with all their fancy gear.