AMD Next Generation Threadripper 5000 series “Chagall” was launched in August 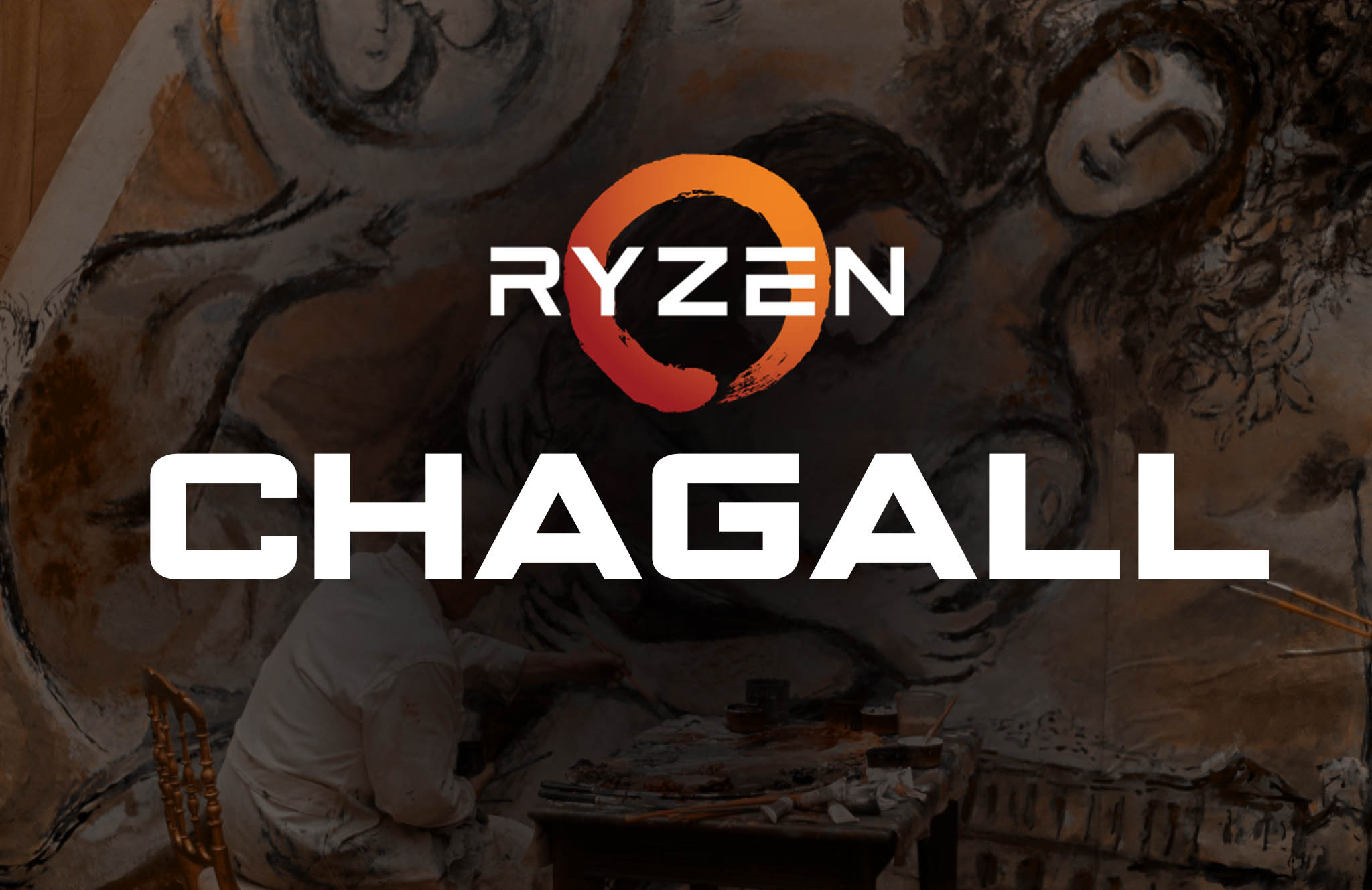 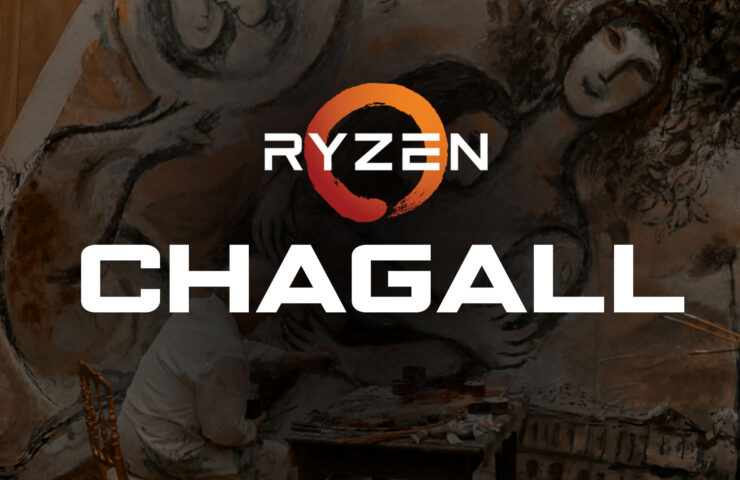 According to a report from MoePC (via Videocardz), AMD is ready to launch its next generation Threadripper 5000 processors in August. Threadripper is credited as the platform that individually removed the Intel monopoly by significantly increasing the core number of CPUs available to consumers over what Intel used to offer. Assuming the Threadripper 5000 series is priced the same way, this will be an absolute beast of a series and should be the perfect platform for enthusiasts and professionals to use.

As for what’s new in AMD’s Ryzen Threadripper 5000 HEDT Desktop processors, one of the big changes will be the Zen 3 core architecture itself, which will drive a 19% IPC lift over the existing Zen 2-based Threadripper 3000 series. The Ryzen Threadripper 5000 CPUs, codenamed Chagall, will retain 64 cores and 128 threads. The CPUs will offer higher clock speeds, reorganized cache (L3), and will have a slightly refined 7nm process node from TSMC to provide better overall efficiency. 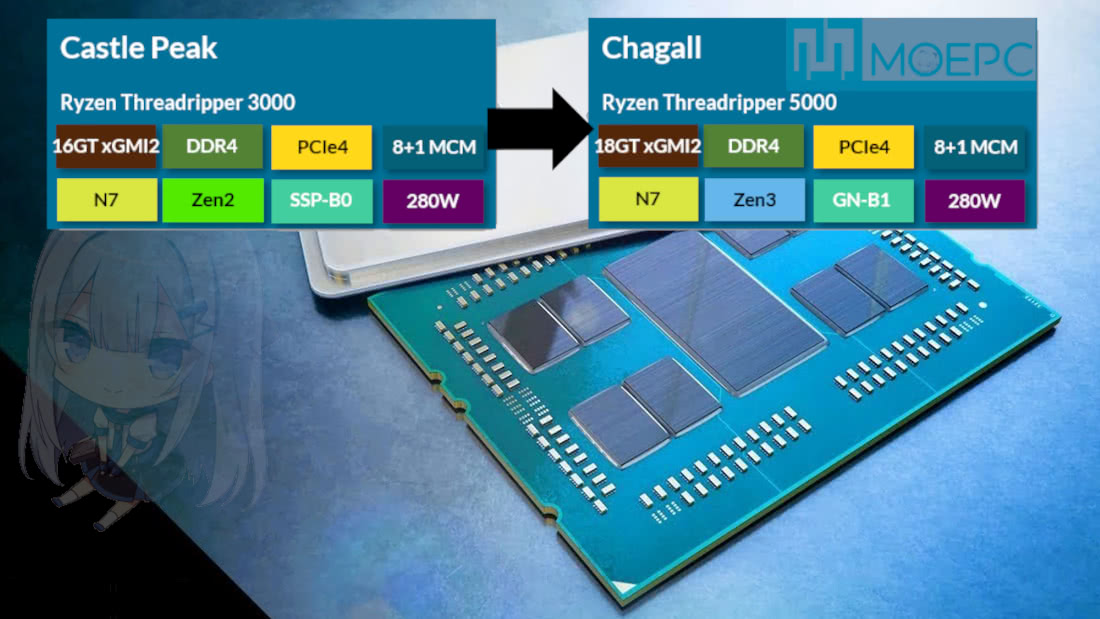 As you can see from the screenshot above, MoePC expects Chagall to have an xGMI upgrade that goes from 16 GT to 18 GT. Based on the 8 + 1 MCM configuration, it should have exactly the same shape size and layout, and TDP is the same as well. AMD is also not moving to DDR5 and PCIe 5.0 as Intel plans to do. 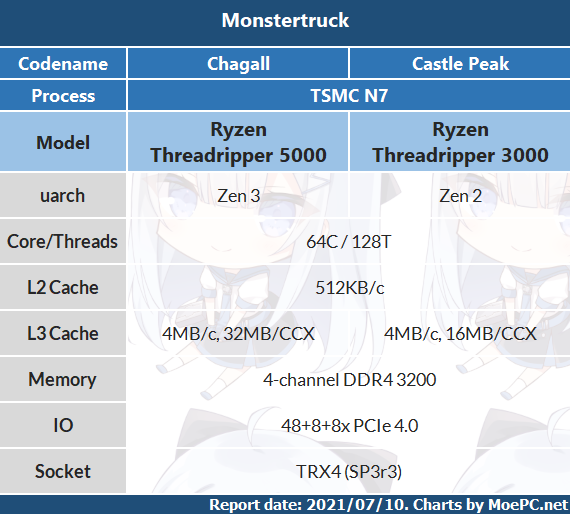 However, the L3 cache will receive an upgrade. It will be doubled from 16 MB per CCX to 32 MB per CCX. Interestingly, AMD is still committed to socket life, and the next generation Ryzen Threadripper 5000 Chagall series will also support the same TRX4 connector (SP3r3). According to previous leaks, AMD will announce the platform in August, with general availability planned for September 2021. The platform has begun to appear in various change logs (HWINFO has supported this platform since the previous update), so it is clear that a launch is imminent.

Intel currently has no real competition with its latest release, the 10th generation Core-X family which was launched way back in 2019. AMD has since dominated the HEDT landscape and will continue to do so until Intel focuses on the HEDT and workstation efforts with Emerald Rapid’s HEDT processors expected to be launched sometime between 2021 and 2022. This will be the last generation of AMD HEDT on this connector before the company moves to DDR5 and PCIe 5.0.