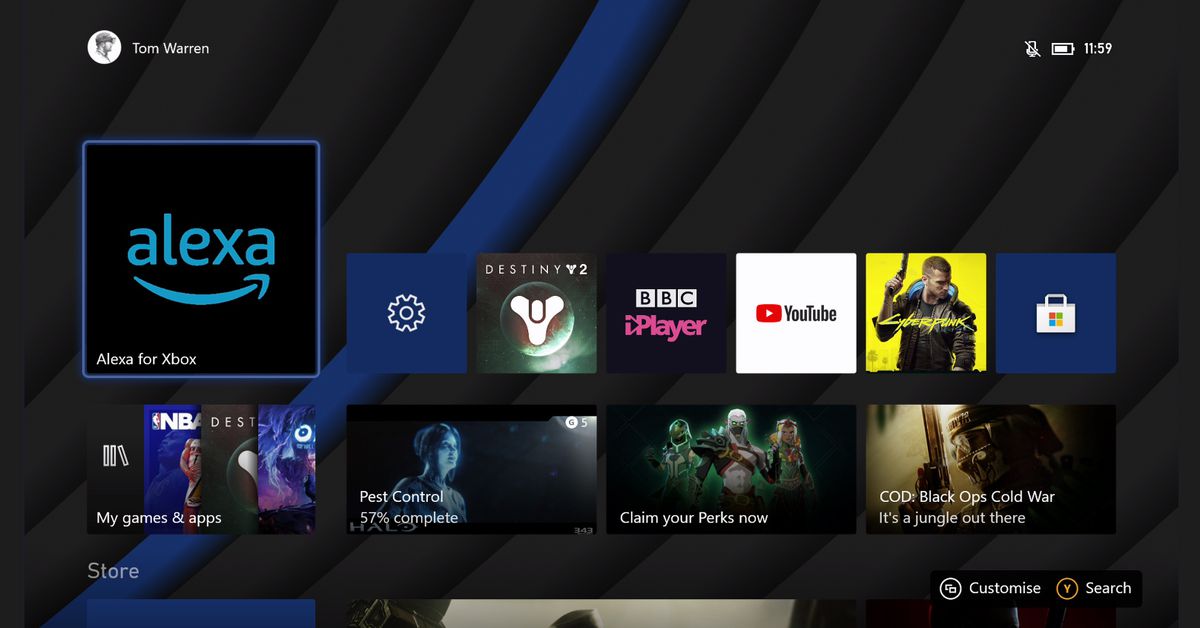 Amazon launches a new Alexa app for Xbox consoles this week. While you’ve been able to control Alexa from an Xbox for a couple of years now, this dedicated app will provide access to more of the visual parts of Amazon’s digital assistant. This includes being able to see your doorbell camera, read emails and check the calendar, and even see weather forecasts.

It essentially makes your Xbox a more Echo Show-like experience for Alexa. All the usual Xbox controls are still supported with this new app, including the ability to turn on an Xbox console using a compatible Alexa device.

Amazon will gradually launch this new Alexa app for Xbox in the next few days, and it will be available on all Xbox One and Xbox Series X / S consoles. You should be able to download the Alexa app from the Microsoft Store right now, but we̵

7;ve tried to make it work with a couple of Xbox consoles, and it does not seem to be fully live yet.

Here are some of the new commands available with the visual version of Alexa on Xbox: