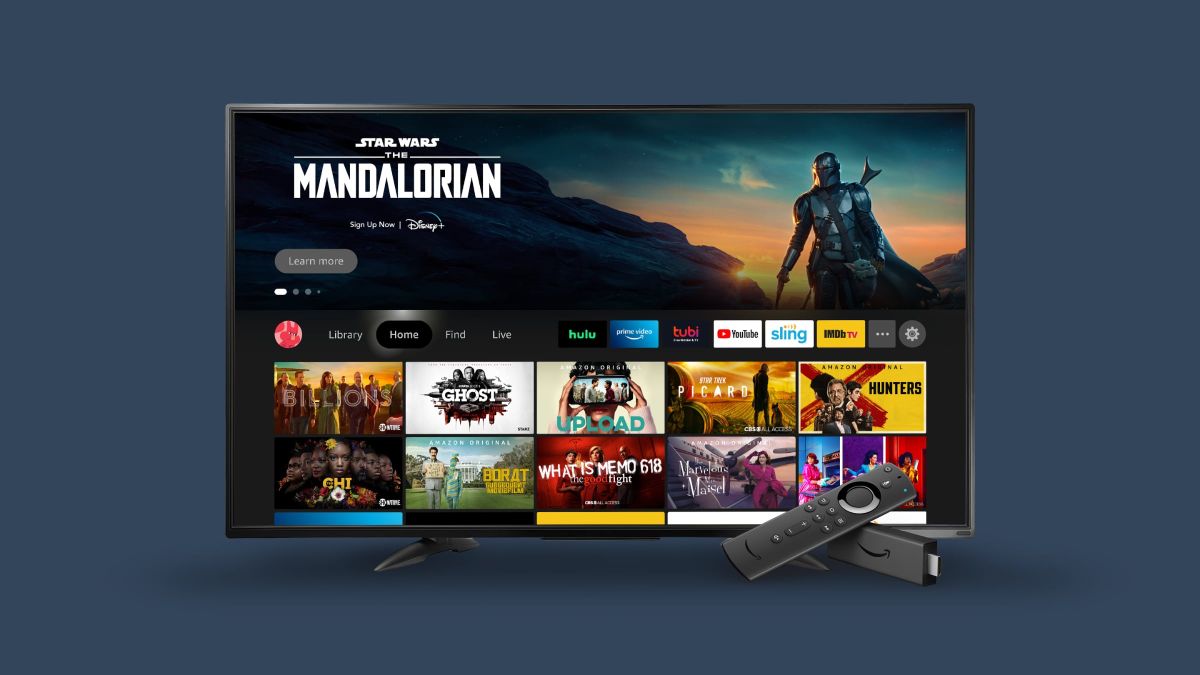 Amazon has announced that a major new software update is rolling out to Fire TV devices right now. The update provides a new home screen and support for six different individual users. There’s also a new Alexa voice remote with shortcuts to Disney Plus and Netflix.

; makes it easier to access your favorite apps, and that the new Finn page now lets you search by genre and other categories. There are also cooking classes with Food Network Kitchen and daily workouts with Peleton.

Member of a large household? Separate user profiles now give each person recommendations on what to look for. And if you set up a voice profile, Alexa will automatically recognize your voice and switch to your individual profile. Nice.

As for the new Fire TV remote control, it looks a lot like a Roku remote control. There is now a button to access a live TV guide and a blue ‘Alexa’ button at the top, for users who want to search for TV shows using voice commands. Amazon has generously added four shortcuts to streaming services such as Prime Video, Netflix, Disney Plus and Hulu.

At this point, with a Fire TV smart TV (2nd generation) or Fire TV Stick (2nd generation), they may be wondering why they have been left out. Good news – Amazon has promised to launch the new features “later this year”, but it looks like there are no plans to bring the software to older Fire TV devices. If you’re considering an upgrade, here’s this week’s best Fire TV Stick offer.

Our guide to best media streamers

Binge like a pro: it best streaming services for movies and TV