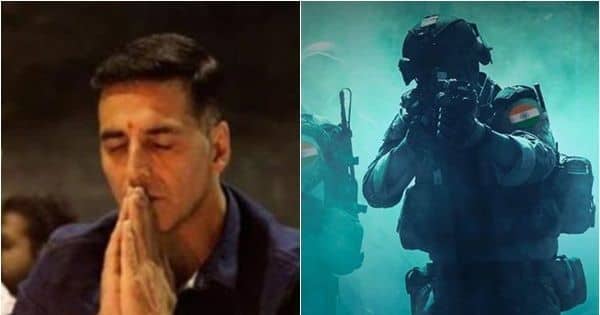 On Sunday, Akshay Kumar presented the trailer for a multiplayer game titled FAU-G: Fearless and United Guards, which will support Prime Minister Narendra Modi’s Atmanirbhar Bharat movement. The game aims to provide an Indian alternative to PUBG Mobile which has been banned in India along with 117 more apps. Also read – When Akshay Kumar could not charge his phone due to a frog – see photo

Akshay Kumar took to Twitter to announce the FAU-G anthem, “Whether it’s a problem in the country or at the border … these Bharat Ke Veer always stand tall. They are our fearless and United Guards, our FAU-G! Witness the anthem. “The game is ready for release on January 26, 2021

The new PUBG option has been announced by developer nCore Games and will be developed under the guidance of Kumar. The game is expected to be based on real-life scenarios that the Indian security forces face to deal with both domestic and foreign threats, and it will be available on the Google Play Store and Apple App Store. Read also – Katrina Kaif wishes “365 days of happiness to all”; posts pic with younger sister Isabelle

The government banned the multiplayer action game PUBG on September 2, and it has been withdrawn from both the Google Play Store and the Apple App Store in India under the directive of the Indian government. PUBG was banned at the behest of the Ministry of Information and Technology (MeitY), which also banned 117 other popular apps from China due to national security concerns.

But it seems that some Indians are not yet ready to welcome FAU-G, as they still can not get over the PUBG fever. They started sharing PUBG memes the day the FAU-G anthem was released online. Take a look.

Whether it’s a problem in the country or at the border … these Bharat Ke Veer always stand tall. They are our fearless and United Guards, our FAU-G! Witness the hymn?

This is the reaction from Pub G and Fau G now. #FAUG
PUBG. FAUG
Rt. As pic.twitter.com/bsqxAXQd8w

#FAUG
PUBG owner in his office and looking at PUBG player who registers for FAUG. pic.twitter.com/ruA0KN5LWP

PUBG Mobile saw a global revenue gain of $ 1.3 billion (approximately Rs 9,731 crore) in the first half of the year, bringing its lifespan to $ 3 billion (Rs $ 22,457 crore) with the highest number of downloads in India ranking at top with 175 million installations when people stayed home due to the Covid-19 pandemic and lockdowns.