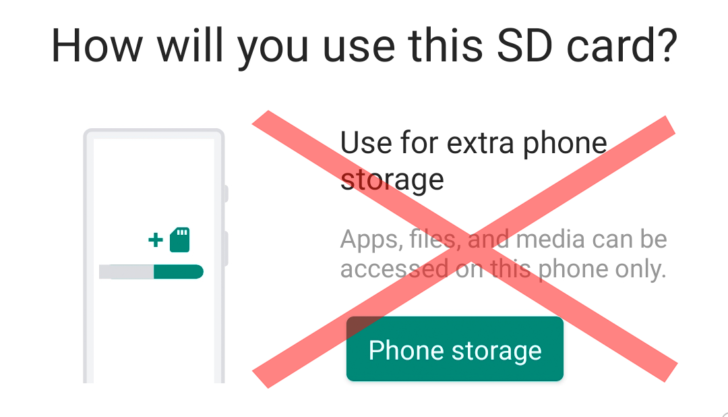 The official rollout of Android 9 Piece for the Samsung Galaxy S9 and S9 + is underway, but there's one feature that didn't quite make the cut. Although it didn't actually work in the beta, there was a screen that suggested an adoptable storage option, but it's nowhere to be seen in the stable release.

, with many arguing that the failure rate and slower performance of SD cards makes this feature undesirable. There is also the fact that you can remove the card and move data to another device quickly. Either way, according to SamMobile, it's not something Samsung users will have the option to use just yet.

For those who are looking forward to it, all is not lost and it is quite possible that we will see it a future update. Perhaps Samsung was unable to complete the functionality in time for this first official Android 9 Pie build, or maybe it's only destined for budget phones ̵