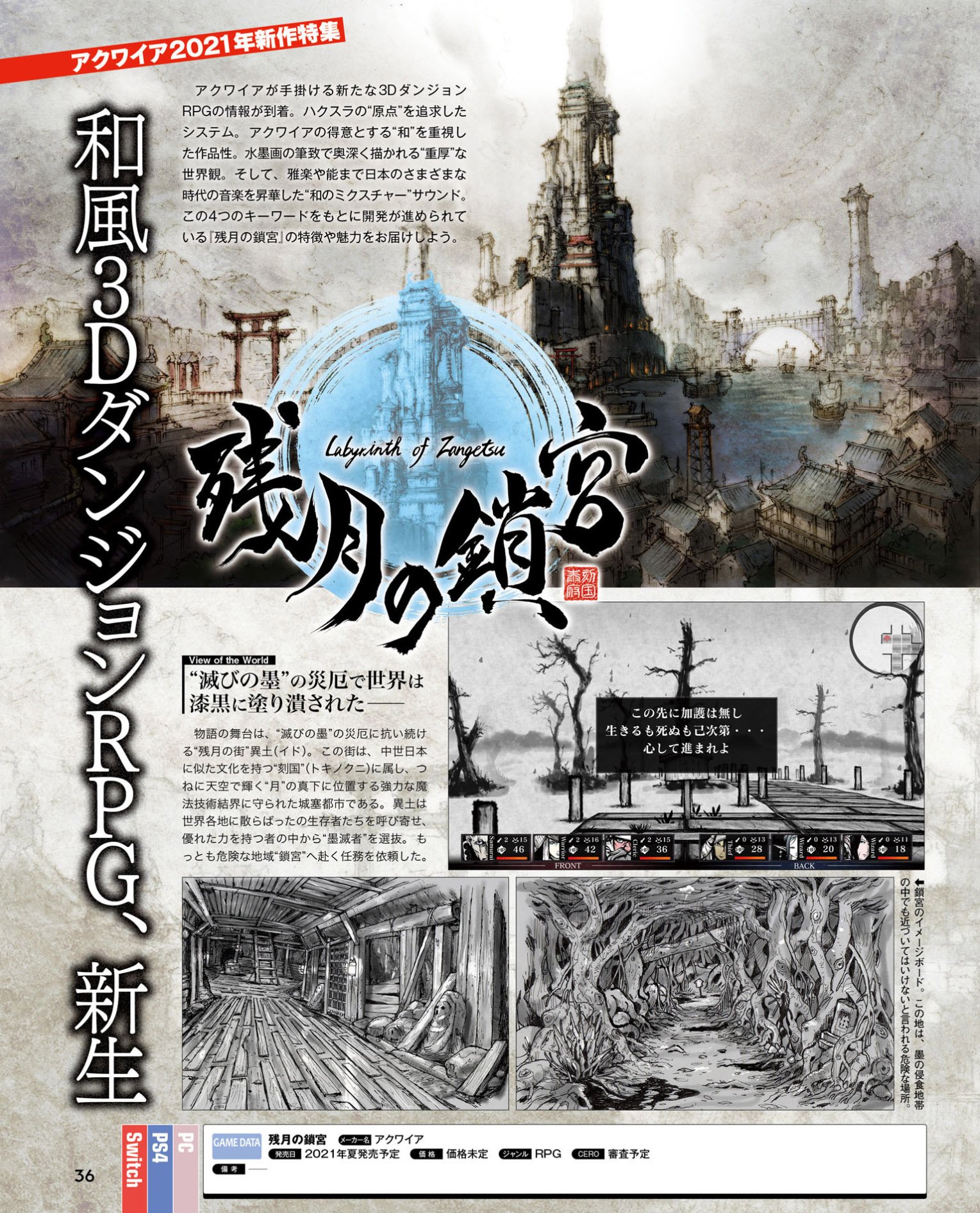 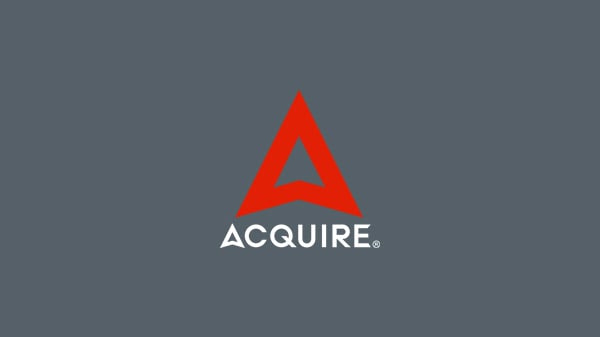 Originally 01/06/21 at 1:18: Acquire has announced the 3D dungeon RPG Labyrinth of Zangetsu (Zangetsu and Sakyuu in Japanese) for PlayStation 4, Switch and PC, reveals the latest release of Weekly Famitsu. It starts this summer in Japan.

Dungeons and monsters are depicted in monotone by Japanese-style paint. Game systems are said to be a return to the roots of hack-and-slash.

Acquire plans to release a free version first Labyrinth of Zangetsu that users can play to some degree. If they like it, they can buy the full version.

/06/21 at 10:35: The latest issue of Weekly Famitsu is now available to the public. Here are some extra details from the magazine and a scan via Bookwalker’s free preview of the issue:

Labyrinth of Zangetsu is a new 3D dungeon RPG by Acquire. The game systems are a return to the “roots” of hack-and-slash. It is a title that emphasizes “wa” (Japanese style), which is Acquire’s specialty. It depicts a “deep” worldview illustrated with brush strokes for ink painting. And has a “mix of wa” sound that channels the music to Japan’s different eras, from “gagaku” (traditional Japanese music and dance) to “noh” (traditional Japanese masked dance drama). Labyrinth of Zangetsu is developed based on these four keywords.

The story takes place in Ido, the “city of the morning moon”, which continues to fight against the accident that is “Ink of Destruction.”

Ido belongs to Tokinokuni, a country similar to medieval Japan, and is a fortress city protected by a powerful magical technology barrier located just below the “moon” that always shines in the sky.

The city invites travelers from all over the world to choose “Ink Destroyers” among those with extraordinary power.

Ink Destroyers is given the task to continue towards “Sakyuu”, the most dangerous area.

Ink Beasts: Born from the Ink of Destruction

When the living came into contact with the “Ink of Destruction”, some went mad and fell to their deaths, while others became demons and began to attack their loved ones and devour their neighbors.

When the dead come in contact with the ink, they stand up and wander around the world to increase the ranks.

These were called “Ink Beasts” and were feared by the people.