A robot kills weeds by zapping them with power 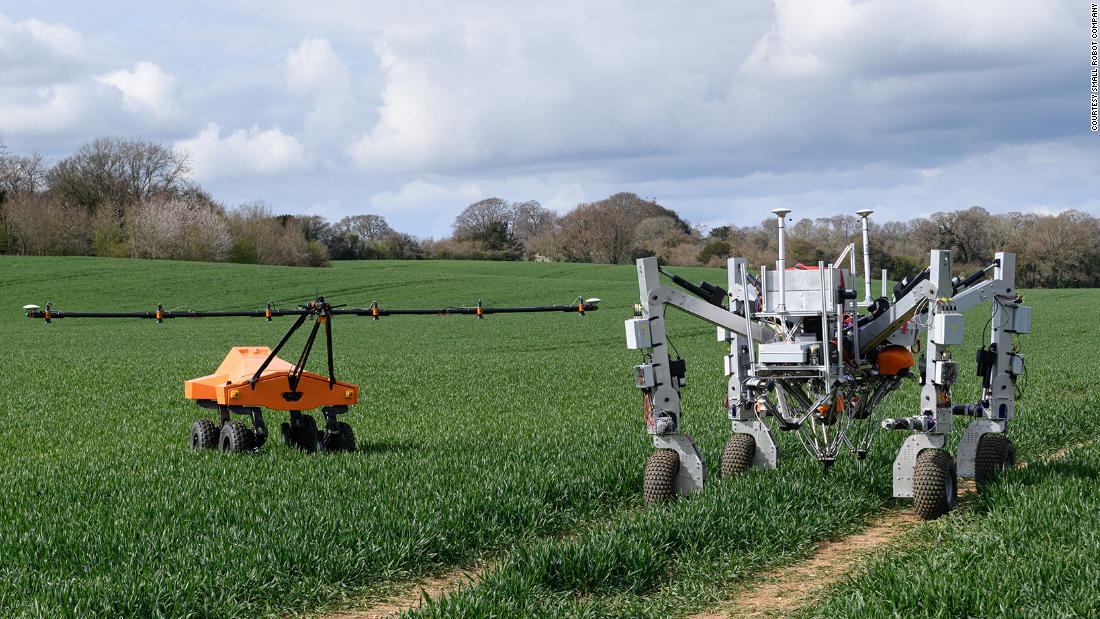 The robots – named Tom, Dick and Harry – were developed by the Small Robot Company to get rid of unwanted weeds with minimal use of chemicals and heavy machinery.

The start-up has been working with its autonomous weed killers since 2017, and in April Tom launched the first commercial robot that is now in operation on three British farms. The other robots are still in the prototype stage and are undergoing testing.

Small Robot says that robot Tom can scan 20 hectares (49 acres) a day, and collect data which is then used by Dick, a “crop-care” robot, to zap weeds. Then it’s Robot Harry’s turn to plant seeds in weed ̵

Once the entire system is up and running, farmers can reduce costs by 40% and chemical use by up to 95%, the company says.

According to the UN Food and Agriculture Organization, six million tonnes of pesticides were traded globally in 2018, worth $ 38 billion.

“Our system allows farmers to wean depleted, damaged soil from a diet of chemicals,” said Ben Scott-Robinson, co-founder and CEO of Small Robots.

Small Robot says it has raised over £ 7 million ($ 9.9 million). Scott-Robinson says the company hopes to launch its complete system of robots by 2023, which will be offered as a service at a rate of around £ 400 ($ 568) per hectare. The monitoring robot is first placed on a farm, and the weeding and planting robots are only delivered when the data shows that they are necessary.

To develop the zapping technology, Small Robot partnered with another UK-based startup, RootWave.

“It creates a current that goes through the plant’s roots through the soil and then backs up, completely destroying the weeds,” says Scott-Robinson. “We can go to every single plant that threatens the crops and take it out.”

“It’s not as fast as it would be if you went out to spray the whole field,” he says. “But you have to keep in mind that we only need to go into the parts of the field where the weeds are.” Plants that are neutral or beneficial to the crops are left untouched.

Small Robot calls this “per plant farming” – a type of precise agriculture where each plant is accounted for and monitored.

“There is no doubt in my mind that the electrical system works,” he told CNN Business. “But you can cover hundreds of acres a day with a large-scale sprayer … If we want to get into this really precise weed killing system, we have to realize that it’s a production reduction that’s very difficult to overcome.”

But Franklin believes farmers will use the technology if they can see a business case.

In addition to reducing the use of chemicals, Small Robot wants to improve soil quality and biodiversity.

“If you treat a living environment as an industrial process, you ignore the complexity of it,” says Scott-Robinson. “We have to change agriculture now, otherwise there will be nothing to cultivate.”