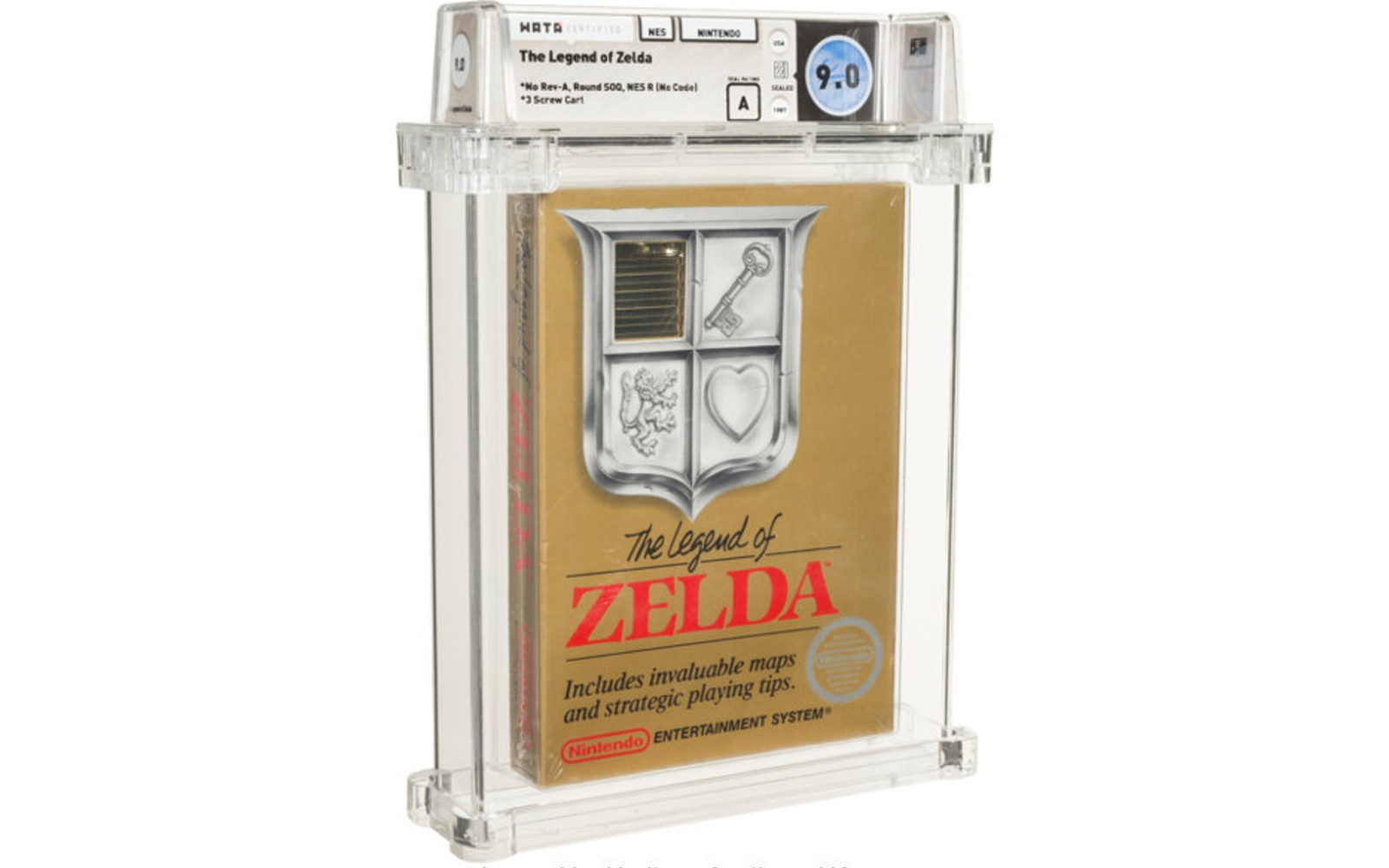 Earlier this year, an almost perfect copy of Super Mario Bros. for NES sold for $ 660,000. Now, just three months later, The legend of Zelda has broken that record. On Friday, a rare, early production version of the NES classic sold for $ 870,000 at auction.

With the exception of a single sealed copy of the original production, it is believed that the game sold this week is one of the earliest known sealed copies of The legend of Zelda existing. According to Heritage Auctions, the cartridge sold on Friday comes from the game’s “NES-R” production run. Nintendo only made that version of the game for a handful of months in late 1987. “Essentially, this copy is the earliest sealed copy one could realistically hope to get,”

; the auction house said of the game before it was sold.

$ 870,000 is still a lot of money to spend on a collector’s item, whether it is in coin condition or not. To put the price in perspective, Heritage Auctions sold a copy of The legend of Zelda from the game’s more common “Rev-A” production from 1988 ran for $ 50,400 last year.