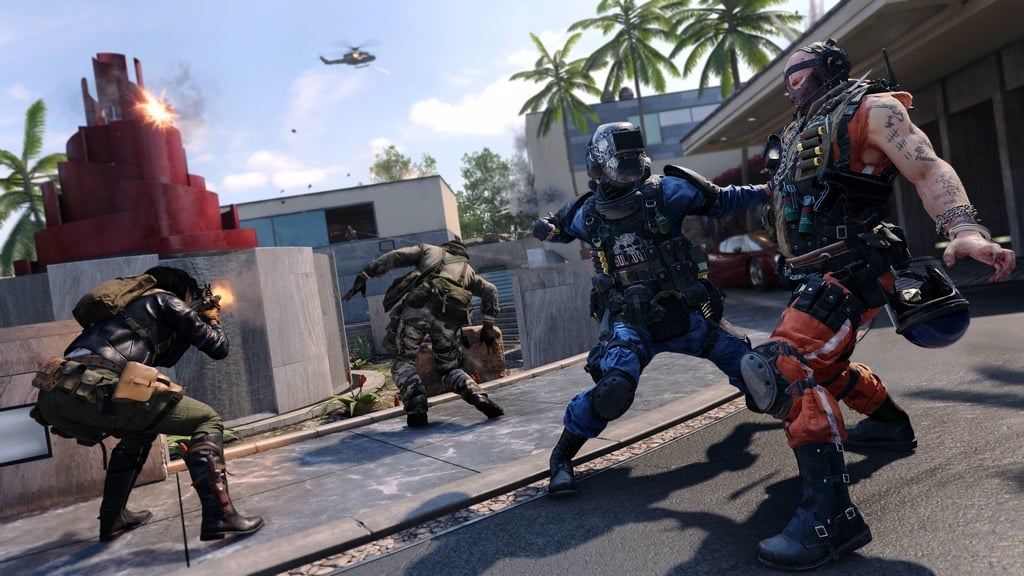 Activision Blizzard has announced plans to release “another strong prize” Call of Duty game in the fourth quarter of 2021.

The news was revealed by CFO Dennis Durkin during the publisher’s earnings interview for the fourth quarter on Thursday.

It is unclear which studio will make the next entry in the series, which had rotated development tasks between Infinity Ward, Treyarch and Sledgehammer Games in several iterations until 2020, giving each team a three-year cycle.

Activision reportedly announced its plans for the Call of Duty game in 2020 following a dispute between former leading studios Sledgehammer and Raven Software, putting Treyarch at the forefront of the follow-up to Modern Warfare 201

Sledgehammer said in May 2020 that it was working on several projects. The studio was founded in 2009 and is best known for the Call of Duty titles Advanced Warfare (2014) and WWII (2017).

Activision Blizzard claimed during its earnings call on Thursday that the Call of Duty franchise has generated $ 27 billion in lifetime sales since its launch in 2003.

The figure “makes it one of the most successful entertainment franchises of all time,” said President and COO Daniel Alegre.

Activision Blizzard CEO Bobby Kotick also said Call of Duty attracted over 250 million players in 2020, up from 70 million in 2018.

Probably driven by the popularity of free-to-play games Call of Duty Warzone and Call of Duty Mobile, “the brand maintained more than 100 million monthly active players” for the fifth consecutive quarter (up from 40 million in 2018).

Call of Duty premium unit sales increased by more than 40% year-over-year in 2020, with a continued “strong shift” to digital downloads, helping the franchise achieve annual net orders of “about double the year before,” Activision said.

Black Ops Cold War was the best-selling game of 2020 in the United States, followed by Modern Warfare, which marked the 12th year in a row that a Call of Duty game has ranked as the number one title, according to market research firm NPD Group.

The first season of Black Ops Cold War and Warzone content has seen the most consumption of Battle Passes since the introduction of the new game in late 2019, Activision Blizzard said on Thursday.

Given the success of the franchise, Activision Blizzard said they plan to use the Call of Duty framework across the other brands, mixing multiplatform, free-to-play and premium experiences. In line with this strategy, it announced that more free-to-play Warcraft mobile games are in deep development.

Headlining the update were the new Zombies map Firebase Z, located in the jungles of Vietnam, and the 6v6 multiplayer map Express, which was originally included in Black Ops 2 and takes place in a high-tech train station.