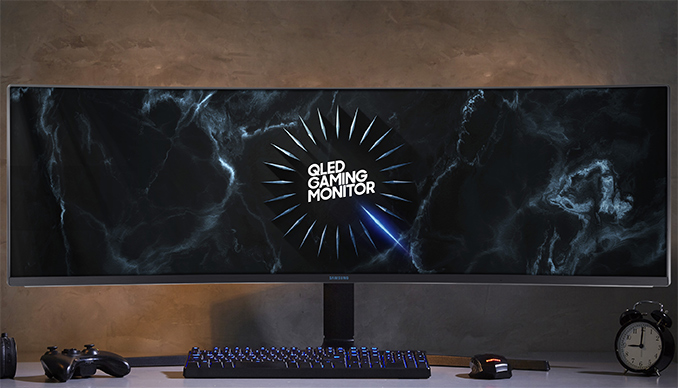 Samsung has announced its second-generation 49-inch curved display that supports AMD's FreeSync 2 technology. The new CRG9 display has a significantly higher resolution and brightness than the first generation C49HG90 LCD introduced in mid-2017.

Samsung was the first display machine to launch a family of AMD FreeSync 2 support screens in mid-2017 with a 49-inch curved C49HG90 LCD is a flagship offer. Without a doubt, the screen was an impressive piece of hardware, but at $ 1,499 it was not quite perfect with its 3840 × 1080 resolution and a 600 nits brightness. Since then, a number of display providers have introduced their FreeSync 2 support offerings, but none of them were actually as impressive as Samsung's FS2 products. Meanwhile, Samsung has been working on its second-generation FreeSync 2-enabled flagship screens.

As in the case of the previous generation 49-incher, the new CRG9 display has improved an LED backlight with quantum dots that allow support for the DCI-P3 color space (as well as larger than the sRGB spectrum) and HDR-focused AMD's FreeSync 2 Speaking HDR fully supports the HDR10 screen (but Samsung says nothing about Dolby Vision) and considering that we are dealing with a panel with a peak brightness of 1000 nits, it will probably carry the VESA DisplayHDR 1000 brand. 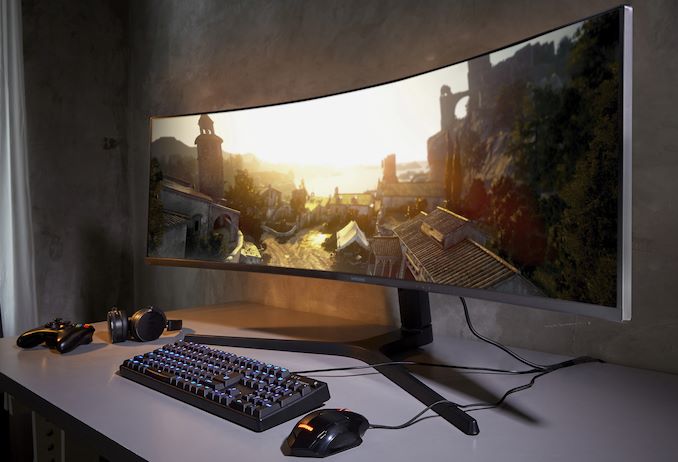 Samsung did not disclose when it intends to start selling the CRG9 monitor and how high the price is going to be. Based on unofficial information, the CRG9 display panel was expected to enter mass production in November 2018. If this is the case, the commercial launch of the LCD monitor is pretty close. Samsung has yet to announce all the specifications of its CRG9 display, so expect them to be revealed about the time of the market.