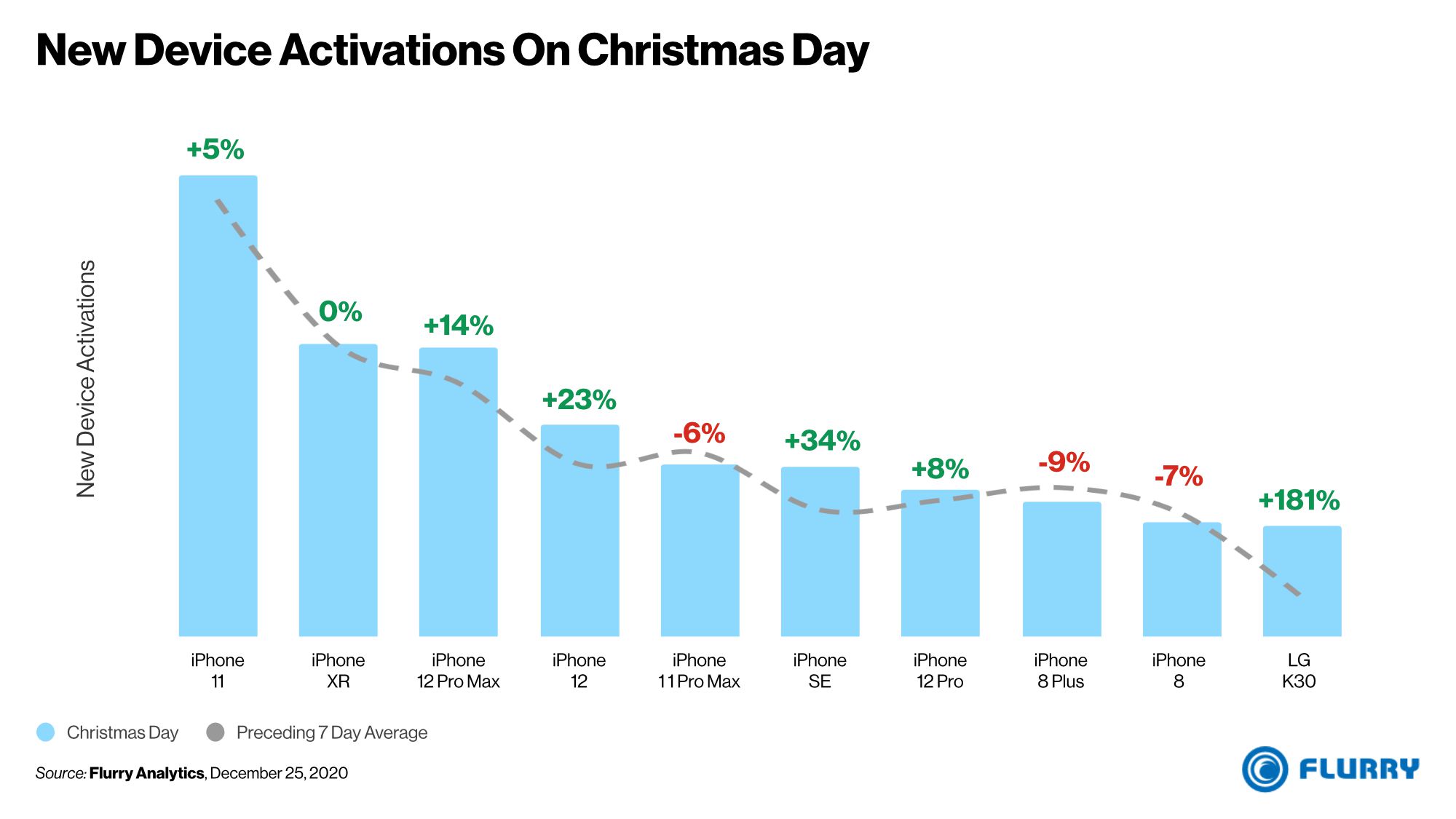 A new report from Flurry Analytics says that nine of the ten best smartphones that were activated on Christmas Day 2020 in the US were iPhones. 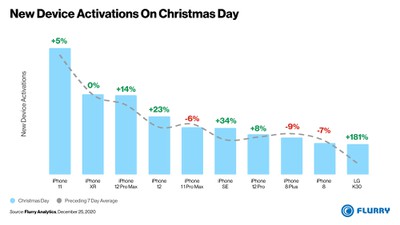 Christmas Day in the United States is the largest single day for new smartphone activations, so it represents a unique opportunity to analyze consumer preferences.

The iPhone 11 was the most activated device on Christmas Day, with activations five percent higher than the subsequent average from the period 18 December to 24 December. This is the second year in a row that ‌iPhone 11‌ takes the top spot, followed by iPhone XR. The leading premium device was the iPhone 12 Pro Max, which has continued to see “strong and long-lasting demand.”

This ranking is in line with normal trends, as Apple’s newer and more advanced devices usually only increase around launch due to early users. The iPhone 12 has made gains as users gradually replace their existing devices in the months following its launch. Some smartphones, such as the iPhone XR‌, were not more popular than the subsequent average for that device, which means that it was not necessarily a popular gift for Christmas, but rather just a popular smartphone.

The only non-Apple device to reach the top 10 was LG’s budget K30 smartphone. Overall, budget devices dominated the top ten, with the iPhone SE and LG K30 with 34 percent and 181 percent, respectively. Flurry believes that the success of previous years’ models, such as the ‌iPhone 11‌ and ‌iPhone XR‌, indicates that American consumers were more price sensitive this holiday season.

A notable exception from the top ten is the iPhone 12 mini, which apparently has not caught the attention of consumers as much as other devices, perhaps due to the discount of only $ 100 compared to the larger iPhone 12‌. 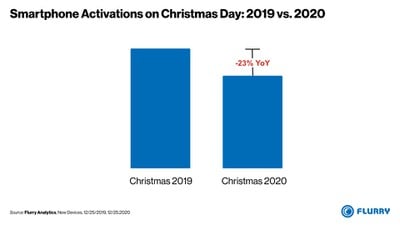 This year, smartphone activations fell by 23 percent from the previous year. Flurry speculates that this may be due to financial difficulties, more limited family gatherings or more scattered gift distribution this year.

Flurry Analytics uses data from over one million mobile applications, providing insights from two billion mobile devices per month, and it will soon report throughout the month of December to provide a better picture of smartphone activation.