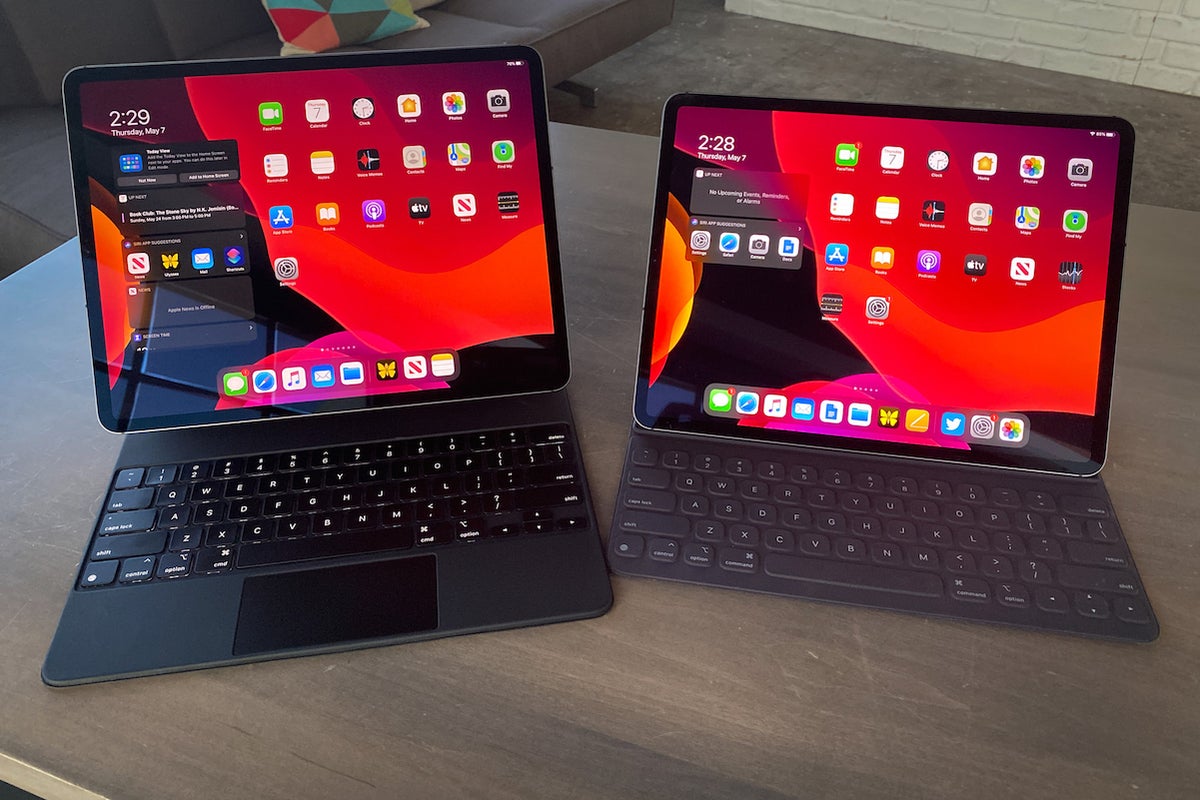 It was the best time, it was the worst time. Okay, for most of us, 2020 was not the best time. But on the iOS front, Apple definitely seemed to be in a party-or-famine mode.

The company released five new iPhone models (did you forget the second generation iPhone SE?), and it was a major iPad Air revision that basically made it a low-end iPad Pro. The iPad Pro received an overwhelming update – but a fantastic new accessory in Magic Keyboard for iPad!

There was more to cheer than crazy in the iPhone and iPad world in 2020, and that puts it pretty much ahead of most of the world. But can 2021 deliver anything better? It̵

7;s time for some predictions.

Will an iPhone 13 ever exist? I can not see Apple skip it and go straight to 14, and Apple can not tread water by adding letters to the end of the iPhone 12 forever. My money is on Apple calling it the iPhone 13, making a joke about superstition at the product rollout, and continuing as usual.

After a major exterior update with the iPhone 12, I expect Apple to leave things at 2021. The new iPhone will look more or less like the current models, albeit with some new colors, some texture variations and maybe a minor “notch” For the TrueDepth camera stack.

It seems like it’s probably going to be a year or two before Apple tries on a foldable iPhone, but I would not be shocked if we got a “portless” iPhone created by omitting the Lightning port. If that happens, Apple’s likely to revise the MagSafe connector introduced this year to support data transfers and throw one in the box. But if I had to predict – and I do, which is why I’m here – I would guess that the much-rumored portable iPhone will not happen in 2021. Why force yourself to include a MagSafe charger when you can sell them as lucrative add-ons ?

If you bet on Apple rolling out some camera enhancements to the new iPhone, you’ll never break down. I’m sure the next iPhone cameras will be better, bigger, more capable of taking stills and video, you name it. The sensor stabilization feature introduced this year in the iPhone 12 Pro Max may find its way down to the iPhone Pro. And I predict that Apple will continue to roll out super-high-end features in the Pro Max.

Finally, I predict that the global pandemic will finally have an impact on the iPhone product line. Thanks to the prevalence of masks in society, and the unfortunate barrier they form for Face ID scans, I predict that Apple will roll the button-built Touch ID from this year’s iPad Air to the next iPhone, as a supplement to Face ID.

iPad updates for sure

I do not want to sound ungrateful, but the iPad Pro update for 2020 was overwhelming. The iPad Pros A12Z processor is now based on two-year-old technology. The whole update felt like a placeholder, and in 2021 we were going to get one proper iPad Pro update, one that uses an A14X processor that provides performance similar to what we see on the Mac with M1.

The other add-on I want to predict for the iPad Pro is the screen. I do not think the iPad Pro will get bigger – as someone who uses a 12.9-inch model every day, it is already quite large. Making both models bigger would force Apple to produce new models of Magic Keyboard, which hurts.

But what about the screen technology inside the iPad Pro? There are conflicting rumors whether Apple will use mini-LED technology in the iPad Pro. But it certainly seems like being able to declare the iPad Pro a real HDR screen, something Apple would shoot at, right?

Apple always surprises us with OS updates, and iOS 15 will undoubtedly provide some surprising new features and adjustments to old standards.

What I’m most interested in, however, is that an iOS 13 feature is brought to the iPad for the first time: a redesigned home screen with the ability to place widgets anywhere, instead of in a sidebar on a single page. I can see why Apple did not try to restore the iPad home screen during the same cycle as the iPhone, but now is the time. It’s time to rethink it all, maybe deviate even more from the iPhone design than one might expect. I think it will happen.

Beyond that, though, I think we may be in a relatively quiet year for iOS. To be sure, there will be an enormous amount of work under the surface – Apple needs to improve the flow of apps from iPhone and iPad to Mac, work to better unify iPad and Mac Catalyst development, and develop SwiftUI as the multi-platform future of writing software for Apple software platforms.

But for the regular user, I think it will seem like a minor update year. Some unexpected fun additions, developer upgrades and bug fixes. After a year like 2020, I think it might be wise for all of us to focus on healing wounds, fixing bugs and adding as little drama as possible to the process.