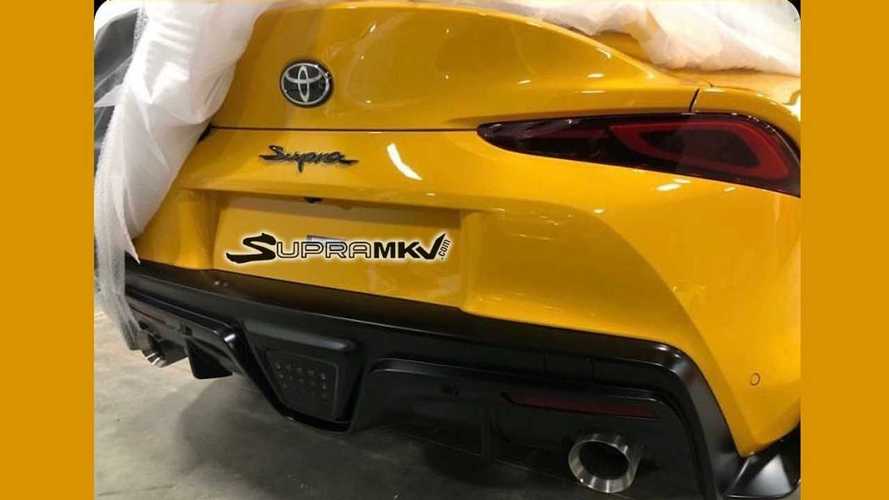 The pieces in the Toyota Supra (A90) puzzle game begin with "spy shots" showing near-production prototypes. About two weeks ago, a picture of a gray car revealed the sporting front design, and now we will see the derrier of another car painted in a more striking yellow hue that suits the Supra a little better.

As it was the case with the front page of the fifth generation Supra, the back of the car is reminded that the FT-1 introduced many moons ago. It's not exactly a carbon copy of the concept that was revealed in early 2014, but it's easy to notice the similarities between the two cars. Here is a side by side comparison to better observe the usual design features.

Seriously aggressive, Toyota Toyota Supra 2020 features a prominent integrated spoiler lip and two generous emission tips flanking an F1-styled fog light. The vertical fins of the diffuser contribute to the sports car's average appearance, while the font used for "Supra" letters on the rear bumper is a nod to the previous generation model that was discontinued in 2002.

The retractable rear spoiler of the concept looks like To be missing, or it is secluded, although we will not be surprised if it is reserved for a warmer derivative of Supra, namely the already confirmed GRMN variant. The FT-1 also had vents in the rear bumper just below the lower right corner of the tail lights while this car has a regular bumper.

Toyota (finally!) will introduce the revived Supra next month at the Detroit Auto Show after what looked like an endless string of spy shots and a pretty exhausting teaser campaign. Further down the line, a convertible variant can be added to the range, but Toyota has not made itself known yet.