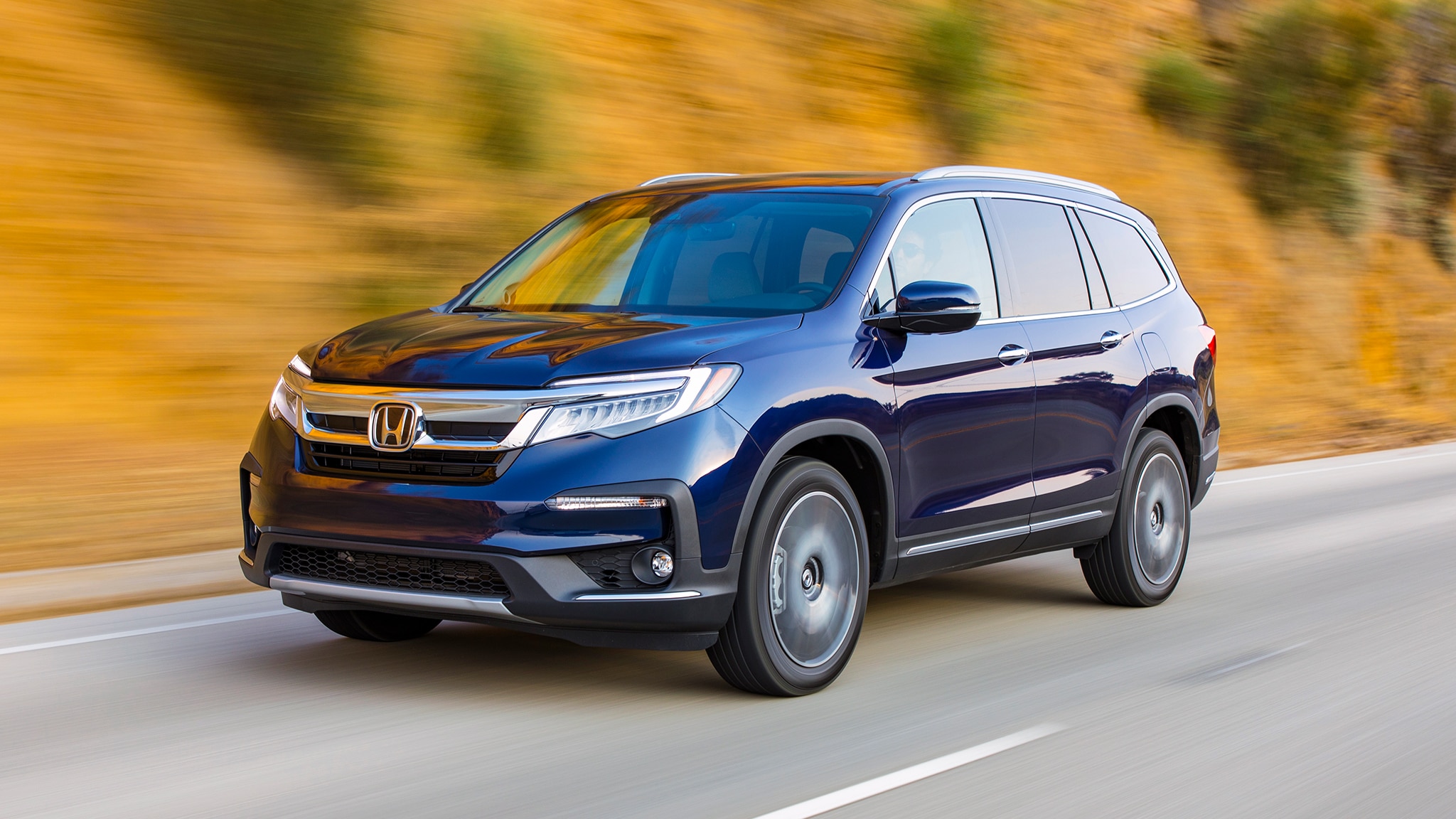 T he 2019 Honda Pilot is a vehicle that epitomizes what is known as midcycle refresh. An automaker launches a new generation model for big fanfare and builds it for about three years. Then tarts it up a little before you sell it for another three or so. Therefore, we have the "new" 2019 Pilot. It does not matter if it needs to be changed; that may be changed because without change, apparently, we weep and die. (Or at least a bunch of people would be out of work.)

Certainly, some updates to the updated Honda Pilot are welcome, like the upgraded stereo system (volume button returns!) And improvements of optional 9-step transmission. And the addition of standard equipment like the Honda Sensing safety package should be applauded. But did Honda really have to grasp the pilot's front and rear end styling and some interior trimbites? Not so much. Really, these are all the changes that could easily be added to here and there, but then it would not be "new" one to market for customers, would it?

As you probably can guess now, our drive from the 2019 pilot was not so much a revelation as it was a recitation of what the pilot already does abrupt. What are you asking? For one thing, it places seven (or eight) people in reasonable comfort. There is no less achievement: To fit so many adult people into a vehicle without torturing them, you usually need one of these Expedition-sized family trucksters. But the pilot is one of only a handful of transitions with a third row that is capable of pulling it off. (Bonus: There is still adequate shipping room with third row seat in place.)

The pilot also runs quite well under the right conditions. It has a sensitivity that has become a Honda brand, which is even more impressive given that we are talking about a two-ton crossover. Honda has also done a good job call in Pilot's steering noise without overloading it or eliminating feedback in the middle. Dive into the curves at speeds that will make the children throw up, and the Pilot's body refuses to lean. It's as if it built the terrible thing with a cement foundation.

Although I think Honda cheated something by having us pilot the Pilot on some of Southern California's smoother roads. The first time I drove the 2016 Pilot – when this generation was really new – it was on the beautiful bridge in Kentucky, and I was impressed. But the second time I drove, it was on the chopped sidewalk in New York City, and even the smallest potholes disturbed it. We had a thousand-mile drive on the frost sky in New York, in front of us, and my wife was not excited: "I thought you said this thing would be comfortable!" I still scare the memory of her disguise shine.

Will the 2019 pilot show the same tough driving quality over bad roads that I experienced? The first consultant told us that apart from improved brakes, there are no serious changes in the chassis, so we imagine it will. Nevertheless, we had to send one to Todd Lassa or Jamie Kitman, our men in Detroit and New York, to find out.

One thing that made (kind of) impress me is how good 9 speed is performed automatically. After taking some criticism for its operation, Honda says that it has made extensive hardware and software changes for the transfer to the 2019 pilot, and routine driving has been greatly improved. Nine-speed pilots now accelerate steadily from a stop, and demands on partial pressure force are met with a sharp downturn.

Still, it's not perfect. Stomping of the throttle on the highway often led to lazy feeling, two-stage downshifts. And we experienced some hesitation when we walked on the pedal from a dead stop (especially when the auto stop / start was engaged). It is worth noting that ZF-pulled 9-speed, available only for top trim Pilot Elite (second trimmer continues to employ Honda-built 6-speed auto), is the only transmission Honda has ever outsourced; Usually it designs its own. Lesson learned, maybe?

The engine on which both transmissions are attached is a transfer Honda's well-developed 3.5 liter V-6. Horsepower is 280, unchanged since 2016. It is sufficient, to be sure, but with a horsepower running elsewhere in the industry, it may have been a mistake for Honda not to rework it to give it a little more shallow. [19659002]

In addition to the updated transfer, Honda was eager to shine more light on the torque capability of Pilot's drive wheel drive, so it set up an off-road course involving mass body bending, wheel lifting dips and ruts. It was an impressive display. The pilot was stable on his feet and had a good job as distributed power when it needed, even with a paw hanging in the air. Yes, we know, few Pilot owners will do some serious off-roading. But it is very likely that they will drive their pilots in snow and rain, and that the same ability to find grip and avoid gliding will serve the Pilot driver well when Mother Nature gets a bug up his caboose.

If you did not, I already know, Honda Pilot will also tow: 3,500 lb out of the box and 5,000 lb with the addition of a transfer cooler, and yes, Honda wanted us to experience it too. So it set up a Civic racing car on an aluminum trailer for a Pilot to tow, a combination said it weighed about 3,900 lb. I'm somewhat of a trailering snob, critical of even the slightest sign of instability. But I was really impressed by how well the pilot handled the cargo; Power, stability and braking were as good as announced.

Inside, the interior has been revolutionized with a new (and a little less sensible for us) measure cluster and -The sky will be praised! -A new stereo with a real live volume button. (Honda took a bit of flop from customers and the press when it ran without volume buttons on any of the latest models, and rolled them back.) Other than that, changes in dashes are minimal. The easy to use climate control, large cup holders and center console cubby big enough to hide a toddler, stays all.

All Pilot trim levels get a smattering of new equipment. Bits and bobs are available in different models: Cabin Control, which makes the rear seats use the smartphone as a remote control for the rear seat entertainment system. CabinTalk, one of the voice-of-good features that let the people in front be heard in the back; a hands-free power tailgate; and a wireless charging station.

Did the pilot need any major revamping? The only real issues we've experienced since the current generation debut has been the tough traffic quality that Honda did not address and the mixed bag that is the 9-step transfer. Other than that, it has been well equipped to take the competition for several years now. But that competition is tough and gets tougher all the time. The famous Volkswagen Atlas, the untouched Chevrolet Traverse, the exclusive Mazda CX-9, competent Ford Explorer, and promising new Subaru Ascent are all impressive rivals for the pilot to face down. So maybe a "new" pilot is not that bad. After all.